Joseph Banowetz has received much press in conjunction with both his live performances and his body of recorded media. Here is a recent sampling of what has been written about Joseph Banowetz.

“These are virtuosic works that sound extremely difficult to play, yet in the hands of Joseph Banowetz they emerge articulate, lucid, eloquent, and authoritative…Banowetz is a Grammy-nominated American pianist who has been acclaimed by others in these pages as “one of the preeminent ‘three B’s of Liszt playing’” and as “a giant among keyboard artists of our time.” Based on his playing on the present CD, I’d have to say that the acclaim he has received is well deserved...This is an outstanding recording that should do much to advance Kletzki’s reputation as a serious composer, and it is sure to further enhance Banowetz’s reputation as well.”

"Every dynamic, every accent, every rhythm, every tempo was precisely in place... Balance, taste and sensitive musicality were consistently the order of the day."

"Banowetz is a classical, virile player in somewhere along the lines of Rudolph Serkin." 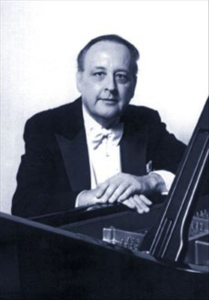 "There are piano recitals and there are piano recitals. Many are focused on pyrotechnics and the enviable skill of avoiding mistakes, and often, the art of sound production becomes an incidental feature, so when the presentation of piano music takes on a master class in sonorities, something truly special happens. The secret was in the pedaling, a technique that makes or breaks a performance, but which is often overlooked. A rank amateur would use the sustaining pedal to smudge a multitude of sins, but at the feet of a master, a reading takes on a new glow.

In his richly imaginative, freewheeling encore, the gypsy-inspired Hungarian Rhapsody No. 3, Banowetz clearly showed why he has been hailed as one of “Three Bs” of Liszt-performance. The Late-lamented Bolet and still-kicking Brendel would certainly have been delighted in his company."

"Joseph Banowetz is a pianist of uncommon refinement and polish."

"Pianism is the essence of these pieces: served by Mr Banowetz's breathtaking agility and limpid tone, they shed the tarnish accumulated in too many merely worthy performances and made us gasp anew at their creator's wizardry."

"We listened to piano playing of high international color. That dangerous expression 'his interpretation was in perfect harmony with the spirit of the work' fits well in this case."

"Joseph Banowetz is a brilliant virtuoso, as was witnessed for example by his remarkable execution of the difficult Sonata by Béla Bartók."

"Russian heart and soul from the players make this a Taneyev triumph...

How can it be that the only piano concerto by a pianist-composer of the standing of Taneyev has never previously been recorded? True, it was left incomplete. True, there are times in the 25-minute first movement when it’s hard not to wish that the 19-year-old recent graduate from Tchaikovsky’s class might have drawn the threads of the structure a little tighter. Banowetz plays with a natural eloquence and heart, as well as a fine technical address, qualities that ennoble the frankly less distinguished solo pieces, too. The rather rambling Theme and Variations cannot entirely disguise its origins as a composition exercise, and I do not regret that the Allegro never grew into a complete sonata. But the end of the disc is a delight.

The Four Improvisations are a cataloguer’s nightmare, since they were jointly composed with Arensky, Glazunov and Rachmaninov, passing round sheets of manuscript paper in a game of musical “consequences”. Just as quirky is Taneyev’s greeting for Tchaikovsky’s 52nd birthday, whose whimsical scenario is built around quotations of nine of the latter’s major works. The piece is helpfully recorded here once with the accompanying text declaimed (by Vladimir Ashkenazy, no less),
once without. Less than one fifth of the music on the disc has been previously recorded. All of its is excellently recorded, and serious collectors should flock to snap it up."

... In Liszt's Fountains at the Villa d'Este Banowetz chiselled piano sonorities pf the rarest beauty... His performance of Beethoven's 32 Variations displayed his full power over the instrument."

"The orchestra offered an immaculate performance of the Mozart Concerto, K. 488, where Joseph Banowetz showed his great artistry and poetry as soloist, in a sold-out concert before an extremely attentive audience."

"Joseph Banowetz is musical through and through, he plays with a flawless technique in the 'grand manner'... Wild ovations."

"Joseph Banowetz is a magnificent virtuoso, who amazed the public by his deep understanding of the composer's spirit."